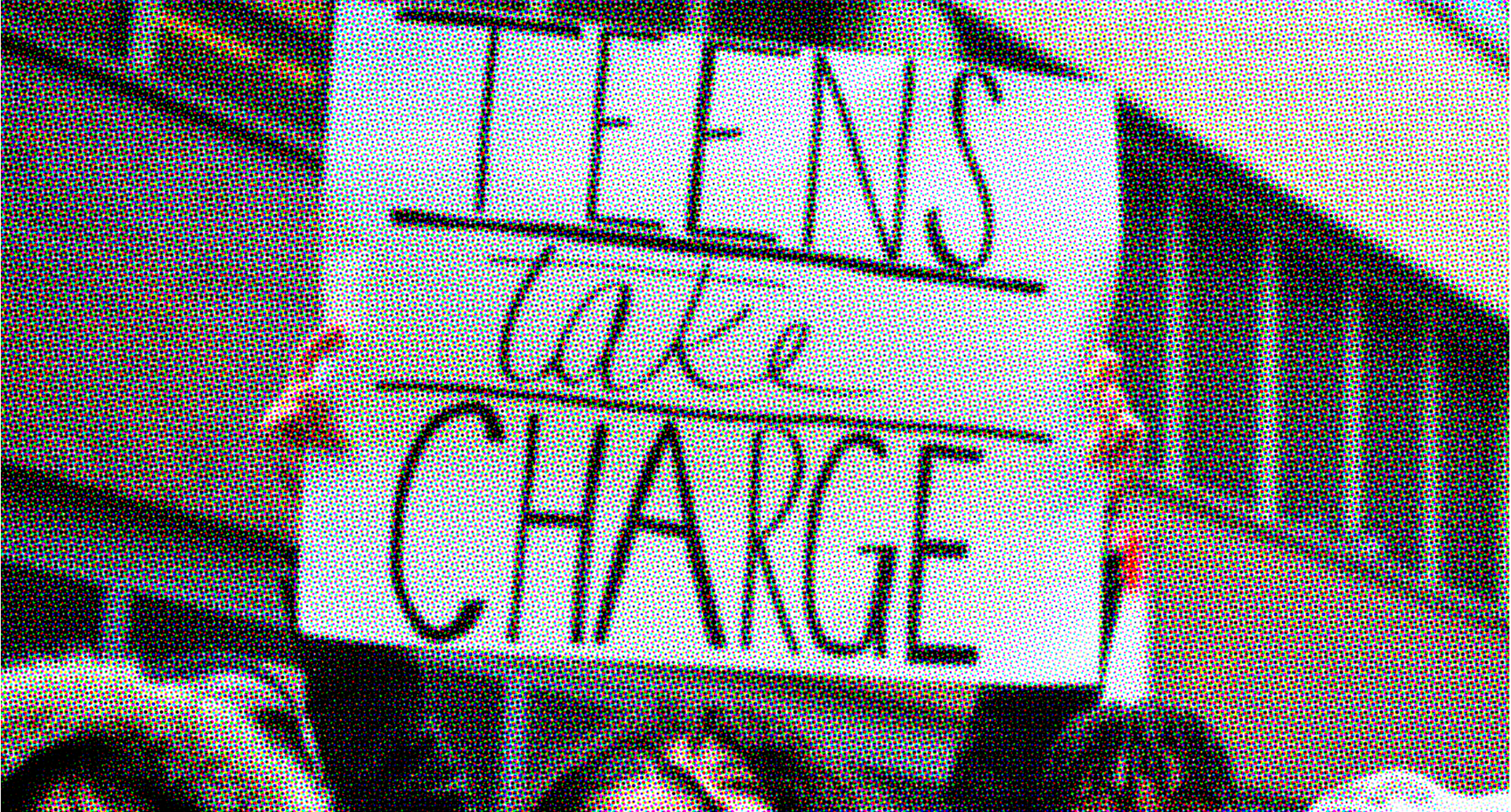 What happens when young people are in charge?

As told by Yodit to Yvonne

College freshman Yodit makes the case for why age really is just a number. As a leader in Teach for America’s Reinvention Lab, Yodit muses on why adult-youth “co-creation” is so important in education and calls upon adults to release control and allow young people make the world a better place.

Yvonne: We met last year when you co-facilitated an amazing workshop for educators on youth co-creation. Tell me what “co-creation” means to you and how you got your start as a young leader.

Yodit: Co-creation is when youth and adults come together, on the same playing field, to create positive change. I got my start learning about co-creation when I joined Teach For America’s Reinvention Lab. We focus on youth-adult co-creation in the education system specifically, which is an incredibly important space because there is such a deep power divide between adults and young people. Just think about traditions in schools. Students say, “Mr.” and “Mrs.” That necessarily gives adults status over youth. When I promote co-creation in the education system, I’m not saying to get rid of those titles necessarily. I want to make sure that youth feel heard and seen and that their needs are catered to. Too often adults push young people to the side which is really ironic, because the youth know what's best for themselves.

Yvonne: One of the things you helped teach me is just how often we adults say we want young people to make decisions for themselves, but then our muscle memory kicks in and we end up calling the shots anyway. Why do you think adults have so much trouble making room for young people to lead?

Yodit: I love this question, because when we discuss youth-adult dynamics we tend to go straight to thinking about solutions. But we should examine the root of why the competition between adults and young people even exists in the first place. I love your theory about muscle memory – adults are conditioned to expect to be in charge. I think ego plays a big role. When someone younger is calling the shots, I think that triggers some sense of insecurity, like a patterned response: “I'm older. Why am I not making all the decisions?” Simply put, I think adults hold a lot of subconscious fear. There's this unstated idea that if you're older you're wiser, and you must do more. Not to downplay any adult’s intelligence, but just because someone's younger doesn't mean that they're incapable. Take a deep breath and remember: it’s alright to see someone capable and younger than you and to treat them like equals. Because that is what they deserve.

Yvonne: What a great answer. When was a time you collaborated with an adult who didn’t let fear get in the way of an authentic and equal relationship? What was the impact for you?

Yodit: Last year, I won a scholarship. I worked with an adult who mentored me through the application process. His name is Mr. Edwards. I had to give a presentation, and I noticed something as we prepared together — and this may feel subtle, but it was so meaningful. He didn’t take over my presentation. He wasn't telling me what to do, but he gave me advice. He looked at me as an equal. He made sure that I understood everything. He made sure that I felt seen and heard and that all my ideas were coming out. It felt like a safe zone where there was no competition. Even if we disagreed, there was always respect, like, you know what, this is your thing. Mr. Edwards was just so helpful. Even when I told him, “thank you for helping me”, he said, “no, it was all you.”

Yvonne: You’re in college now. As you know, we're approaching the end of yet another tumultuous year in our country. We are all depending on young people like you to help pave a better path forward! What advice do you have for your professors about how they can support young people to develop as leaders?

Yodit: Two things immediately come to mind. First, give us the ability to reflect on ourselves and our many layers as people. Second, don’t be afraid of students having power. I have an awesome Philosophy and Ethics professor who says that we don't have to take in his morals and ethics, but he wants us to learn about them and interpret them for ourselves. And that gives us power. It gives us the power to think freely, which we have the right to do. My third piece of advice is to be accepting. Be accepting of all our opinions; be accepting of all the outrageous ideas that may seem a little idealistic.

It's okay to be fearful, but it's not okay to let that fear get in the way of young people having a chance to express themselves.

Yvonne: I’m always so struck by your wisdom and humility. I won’t say you’re wise beyond your years, because you’ve taught me that that’s a problematic mindset! Anything else on your mind that you want to share with the adults reading this interview?

Yodit: Yeah. So back to fear: I just want to close off by saying that it's okay to be fearful, but it's not okay to let that fear get in the way of young people having a chance to express themselves. As young people, we also have to check our fear. Sometimes co-creation with adults doesn’t happen because we’re fearful that oh, they’re not going to listen to me. Oh, I’m too young for this. We all have to move past the fear and embrace each other as partners.

Yvonne: Your comments just reminded me of a poignant interaction I observed at the playground with my three-and-a-half-year-old daughter. She was struggling at the top of the slide and didn't know whether she wanted to go down or whether she wanted to turn around, and she was sort of occupying the space as toddlers do. And this five year old little girl who had taken a shine to my daughter looked at her and with a very serious tone said: “It's okay to be scared, but it's not okay to be mean.” And immediately, my daughter took a deep breath and went down the slide. I feel like that child's wisdom is exactly what you're talking about.

Yodit: I love that so much. What a perfect ending to our conversation. To come full circle, life would be a lot better if we just listened to kids.